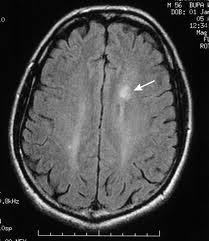 Kirimkan Ini lewat EmailBlogThis!Berbagi ke TwitterBerbagi ke FacebookBagikan ke Pinterest
Oxygen demand is a concept that is closely related to the oxygen consumption of an organ. The two terms are often used interchangeably although they are not equivalent. Demand is related to need, whereas consumption is the actual amount of oxygen consumed per minute. Under some conditions, demand may exceed consumption because the latter may be limited by the delivery of oxygen to the myocardium. The following discussion focuses on the oxygen demand by the heart.
Highly oxidative organs such as the heart [see cardiac metabolism] have a high demand for oxygen and therefore have a relatively high oxygen consumption. Myocardial oxygen consumption (MVO2) is required to regenerate ATP that is utilized by membrane transport mechanisms (e.g., Na+/K+-ATPase pump) and by myocyte contraction and relaxation (e.g., myosin ATPase). The following tables give MVO2 values and compares these with the oxygen consumption of other organs:
By comparison, the oxygen consumption (ml O2/min per 100g) for other organs is:
The above tables show that the heart has a wide range of MVO2 values that depends on the state of mechanical activity. Skeletal muscle, like the heart, has a wide range of values for oxygen consumption depending on its level of mechanical activity. The MVO2 in the arrested heart represents basal ATP utilization, primarily by membrane transport systems. The additional increase in MVO2 above this basal level is that required to support myocyte contraction and relaxation.
In order to support MVO2, particularly during times of increased oxygen demand (e.g., during exercise), the heart must extract oxygen from the arterial blood supplying the myocardium (see Oxygen Supply).
There is a unique relationship between MVO2, coronary blood flow (CBF), and the extraction of oxygen from the blood (arterial-venous oxygen difference, CaO2 - CvO2). This relationship is an application of the Fick Principle:
MVO2 = CBF × (CaO2 − CvO2)


where CBF × CaO2 is the oxygen supply (or delivery) to the myocardium and CBF × CvO2 is the unextracted oxygen leaving the heart via the venous circulation. The difference between the oxygen that enters the heart and that which leaves the heart per minute is the oxygen consumption of the heart.

Oxygen consumption by the heart can be estimated in humans by utilizing the Fick Principle; however, that requires catheterization of the coronary sinus to measure venous oxygen saturation and coronary blood flow. Relative changes in MVO2 can be estimated by using an indirect index such as the pressure-rate product. There are different variations of this index, but one method simply multiplies the aortic systolic pressure by the heart rate. This can be useful, for example, in clinical trials to determine if a drug reduces oxygen demand. The pressure-rate product is based on the observation that MVO2 is closely related to ventricular wall tension.